Torture often has a straightforward goal—to break the victim’s will and to intimidate others who fear that torture will also be inflicted on them.  Anyone who has worked or been a patient on a psychiatric ward has witnessed daily attempts to break the will of patients by limiting their freedom and activities, treating them like children, making threats, using physical restraint and isolation, and ultimately inflicting drugs and electroshocks that render the individual helpless. The most profound impact of neuroleptic (antipsychotic) drugs is to render the individual indifferent, apathetic and docile; but the drugs commonly continue to inflict physical and mental torment.

In my decades of clinical experience, many if not most victims of involuntary treatment experience it as torture.  They know it aims at breaking their will and they physically and mentally resist, resulting in even more dire consequences.  Involuntary treatment humiliates and demoralizes people, reinforcing their feelings of being worthless, powerless, and helpless.  It leads to outrage, which is then crushed by psychiatric drugs.  The neuroleptic drugs cause a confusing combination of emotional numbing and apathy along with feelings of acute physical discomfort and agonizing akathisia and agitation; but they inevitably produce docility with a chemically lobotomizing disruption of the brain.

I have opposed involuntary treatment for my entire career and first began criticizing it in the medical literature in 1964.  As Thomas Szasz originally taught, involuntary psychiatric treatment is unconstitutional and an assault on basic human rights.   I am also against it on scientific grounds, because after hundreds of years, this violation of human rights has generated no scientific studies to show that it benefits its victims.

I am encouraged by the excellent blog by Peter C. Gøtzsche on MadinAmerica.com, which inspired me to put a new section, Psychiatric Coercion and Involuntary Treatment, on my website, and to compose these further observations of my own.

Since finishing my training, I have never treated or incarcerated anyone against his or her will.  During this period in private practice extending back to 1968, no patients in treatment with me have committed suicide or a perpetrated a serious act of violence.  Any good psychiatrist or therapist could have a patient commit suicide or perpetrate violence; but coercion, drug treatment, and hospitalization increases the likelihood.  I believe that my refusal to coerce patients, my efforts to prevent hospitalization, and my practice of not starting patients on psychiatric drugs have contributed to the good fortune that my patients have not committed suicide or extreme violence. People in deep distress do not need incarceration or the inevitable drugs that follow; they need caring help from friends, family, and professionals.

Someone in an out-of-control manic episode or someone threatening to do harm in a psychotic episode presents difficult problems to civil libertarians and to those of us who wish to help people in distress while protecting others from them. There are no easy solutions, especially when some of these people reject all offers of voluntary help.  However, there are many reasons not to use these examples as a justification for laws that allow involuntary treatment—locking up people on the say-so of judges and healthcare professionals.  In addition to the human rights and Constitutional reasons, here are some further reasons to do away with involuntary treatment:

First, very few people labelled “mentally ill” actually become violent.  Rates of criminal violence in this group do not exceed the general population.  Those who do become violent are usually reacting against the oppressive, antagonizing conditions on hospital wards.  As described in my book Medication Madness, when patients do commit extreme violence, it is usually the result of psychiatric drug-induced brain dysfunction and/or drug withdrawal.   Psychiatric drugs frequently cause irritability, hostility, aggression, disinhibition and mania, leading to violence, especially when starting or during drug dose changes.

Second, there is no evidence that psychiatrists, judges, or others empowered to commit or certify people have any reliable knowledge or skill for determining who is acutely dangerous and who is not, and when they have recovered.

Third, there is no scientific evidence that psychiatrically incarcerating people reduces their violent tendencies or protects the public from them.  In my clinical experience and study of violent perpetrators, involuntary incarceration increases the likelihood of future violence by adding the humiliation and abuse of forced treatment to the individual’s list of reasons to feel humiliated, outraged and retaliatory.  In addition, they become exposed to psychiatric drugs, many of which can cause or worsen violence. [Moore et al., 2010]

Fourth, fear of involuntary treatment hangs over the head of everyone labelled a mental patient. Going to a psychiatrist, or to other healthcare providers, exposes the already distressed individual to the risk of incarceration and forced treatment with little or no due process.  When feeling helpless and overwhelmed, seeking psychiatric treatment can turn into the most dangerous mistake of a person’s life. People often avoid seeking help for fear of being locked up and/or forced to take drugs, when voluntary psychotherapeutic interventions can be lifesaving.

Fifth, psychiatry’s capacity to force treatment upon its most challenging patients means that psychiatrists have little motivation to develop genuinely helpful treatments.   Psychiatrists can and do get away with compulsively repeating the same old oppressive approaches—hospitalization, mind-numbing drugs, and ECT—without any evidence for their effectiveness.  Why explore better approaches, when they can simply lock up people, while making believe they are doing the best that they can do?  Involuntary treatment becomes the easy way, without the necessity of psychotherapeutic interventions that require thoughtfulness, empathy, hard work, and devotion.

We know that there are excellent treatment interventions for even the most distressed people, acutely disturbed people having breakdowns diagnosed as schizophrenia.  Robert Whitaker, Loren Mosher, as well as myself and many others, have described them.  Yet these approaches remain outside the psychiatric establishment because it is so easy to lock up people who “do not respond to treatment.”

Sixth, even if involuntary treatment could prevent a few instances of violence, the cost is too high.  The use of psychiatric coercion for centuries has led to the wretched incarceration and horrendous abuse of millions of people throughout the world.   All the most violent treatments, such as neuroleptic drugs, electroshock and lobotomy, grew out of unethical, unprincipled mass experimentation on involuntary inmates.  Many of the worst abuses I continue to witness as a medical expert have been perpetrated upon helpless, incarcerated patients.

Today in America, while long-term psychiatric incarcerations have gone down, civil commitment of people in the community is escalating.  Imagine someone forcing you to take long-acting injections of neuroleptic drugs like Risperdal and Zyprexa while living at home?   Imagine refusing to go the clinic for your shots, so that the police or other agents of the state come knocking down your door?

Undergoing forcibly injected psychiatric drugs is worse than drug-free imprisonment in jail where at least your mind and spirit are free.  The neuroleptic drugs crush the mind and spirit, in the extreme producing a zombie–like existence.   Your will can be so broken by the drugs that you cannot find the strength or motivation to resist, or to run away and hide from the authorities.

There is a reason for the complex, cumbersome protections of the criminal justice system.  People in authority, such as judges, prosecuting attorneys, psychiatrists and police officers need the restraint of Constitutional protections, especially the Bill of Rights.  Civil commitment bypasses these protections, resulting in devastating outcomes for the individual and society. As cumbersome as the criminal justice system can be, we are better off as a society if we rely upon it, rather than coercive psychiatry, to protect us from violence.  If an individual cannot forcibly be detained under existing criminal laws, then we must tolerate their freedom, if only to protect our own.  If they are jailed, they must still have the right to refuse psychiatric treatment that imposes shackles on the brain, mind and spirit.

The call to abolish involuntary treatment has become more controversial and threatening since the mass shootings perpetrated by individuals who at times seem emotionally disturbed, including some who are ideologically and religiously motivated.  As I discuss in my book Medication Madness: The Role of Psychiatric Drugs in Cases of Violence, Suicide, and Crime, organized psychiatry and involuntary treatment has not protected society from them.  Nearly all of the non-Jihadists have been through the mental health system, which has failed to respond to their threats of violence. Many have received psychiatric drugs that have worsened or even caused their violence.  On the other hand, the psychiatrist system will never get hold of most Jihadists, and if and when it does, it will provide us no protection, while continuing to trample on individual rights.

Practical experience demonstrates that involuntary treatment does not protect society while it abuses many innocent people.  Many of the mass murderers, especially Jihadists, could have been deterred by the current criminal justice system if they had been investigated and prosecuted more rigorously.

Abolishing involuntary treatment is easily justified under the Bill of Rights, including sections that pertain to due process, protection from cruel and unusual punishments, and the protection of freedom of speech.  Involuntary treatment has no place in a society that values the rights of the individual.  Nor is it “humane” or “kind” to lock up and drug people against their will.   If these people thought psychiatric treatment was humane and kind, they would have chosen it.  To superimpose upon them the will of professionals devoted to psychiatric theories and practices that do more harm than good is neither human nor kind; it is simply oppressive. 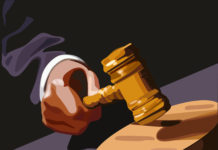