Thomas Szasz explained that ‘mental illnesses’ are not really illnesses.1 This was verified by a meta-analysis of 107,000 studies that failed to find a biological marker for any mental illness.2 Yet this truth is not widely accepted. This is likely because he clarified what it isn’t, but not what it is, and it is something. He only said that they’re problems in living, which merely replaces one subjective label with another. Why are some ways of living called problems or illnesses, but not others? To find out why, I shall dissect out the different components of the APA’s definition of mental illness, and by process of elimination determine exactly what we mean by these concepts.

Saying mental illness is a mental health condition is redundant/non-explanatory. It’s just the APA trying to get us to give in and accept that mental illnesses are real illnesses by saying it repeatedly.

Saying they’re changes in thinking/behavior likely means changes from normal. But if this means rareness, then it’s invalid — Einstein used unusual thinking to develop the theory of relativity, yet wasn’t called mentally ill for that. Changes can’t mean extreme states, either, since extremely good piano players aren’t labeled as ill. And it can’t mean irrationality since most of us have beliefs not based in reality (such as mental illnesses being real illnesses); only some are considered ‘crazy.’

Distress isn’t definitive, since everyone endures sadness, frustration and anxiety. Though it varies in degree, life’s a struggle for everyone. It’s just that we’re raised/trained to only see certain ways of coping as mentally ill, and thus to only deduce that people who cope in these ways have issues and need help. If people listen to music or watch movies, we don’t assume they do it to cope with stress, but why else would they do it? As Maslow says: “Man is a perpetually wanting animal”3 whose actions are all driven by never-ending needs like food, safety, love, esteem and fulfillment.

Do the ‘mentally ill’ suffer more due to their symptoms? No — their symptoms aren’t forced on them by demons or brain illness; there’s no puppeteer controlling them. So symptoms must be voluntary (even if not fully aware of it) learned coping tools that became habits since they work for the person in some way, just as music or movies do for the ‘non-ill.’ As Szasz says: Symptoms must be “adaptive as some kind of life strategy, economic or interpersonal… or else he would have already changed it.”4 Our huge brains and free will enable us to choose from among endlessly diverse coping tools. Some are considered healthy and others are considered ill. Symptoms don’t cause distress; they’re just terms used to connote certain ways of coping with it. Which ways?

If I cope by engaging in music-listening or any activity to the exclusion of working or interacting with others, then I’ll be viewed as suffering from anxiety, schizophrenia, addiction, depression or OCD. Since listening to music can be healthy or ill depending on its context, mental illness can’t refer to certain types of thought or behavior, after all. So the only part of the APA’s ‘mental illness’ definition that’s objective fact, not value judgment, is: reduced functioning in work (job) or social (ways of interacting that society approves) areas. The DSM is a hodgepodge of unrelated coping styles that only have this one issue in common; that’s why it’s the only criterion needed by all its disorders.

Why did such a misleading, stigmatizing concept as mental illness evolve?

A society only thrives if its members give up the freedom to pursue their selfish wants at will, and instead work as a team to contribute to the common good, in exchange for the benefits of life in a safe/efficient society. Rousseau5 and Hobbes6 called this the social contract. Thriving societies deter members from harming each other via laws enforced by police, courts and jails. A society’s success also depends on people disapproving of those who put their own desires ahead of others; morals and ethics via religion achieve this end. But there’s a third type of social contract violator:

Societies invest many resources into socializing their kids (raising them to channel their free will into roles that promote society’s continuance). If they instead learn to cope in ways that entail not working, not developing society-sustaining relationships, or disrupting others’ efforts to do so, then society will weaken. For example, if people detach from a society that hurt them and choose to create their own reality, this may be adaptive for them but harmful to their society’s efficiency, since they probably won’t work or form families.

In the 1800s, many people opted to cope in ways other than socially integrating and cooperatively working toward the overall good (in other words, they went mad). This was perhaps because factory life was crowded, harsh, monotonous and thus painful/unrewarding. Foucault related how doctors excluded and confined them while spinning it as treatment of illness.7 This increased society’s efficiency by restricting it to those who worked as a team to uphold it. The high, dark, barred-window asylum walls were visible to all and thus ominously and authoritatively warned others not to follow these outliers’ paths. It’s not that they didn’t function due to illness; they were called ill due to functioning in ways that violated the social contract.

In the 1900s, psychiatry expanded its domain to include coping styles associated with only mild job/socializing issues. Each DSM invented new illnesses, which as time went by required less and less functional impairment (in 2013 its Global Assessment of Functioning was ended to assist this trend), so that more people could be targeted. Now everyone meets criteria for them. People who don’t defy the social contract are tricked into going to MDs to heal newly identified ‘illnesses’ that are merely annoying but unavoidable aspects of life such as painful feelings or their kids’ immaturity.

Modern psychiatry transforms these working adults into disabled ones by sedating/addicting them and fooling them into thinking they’re too ill to work. It also causes capable kids to be deprived of chances to learn skills needed to become productive to society. Patients are put on SSD/medicare so doctors can get paid monthly forever. Creating permanent clients is where the real money’s at.

Psychiatry’s main role now is thus to stop more and more able-bodied people from contributing to society, and to offer them society’s benefits that are contingent upon their not contributing. Psychiatry has mutated from feared enforcer to parasitic saboteur of the social contract on a huge scale — so it’s now an outlier that’s threatening society’s survival, and thus must be banished.

‘Mental illness’ is just a concept that evolved as a means to dehumanize people who coped in ways that didn’t help society thrive, so as to justify their forced removal from society. This also warned others that they too could be taken away by men in white coats if they did not join in and chip in. Perhaps people will be less easily lured into accepting their mental illness after learning its true meaning. 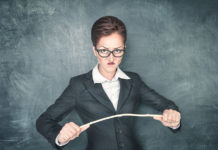 “You Are Completely Screwed” – A Firsthand Experience with Psychoeducation 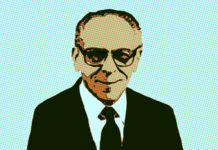 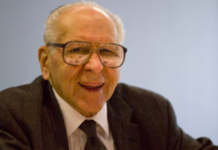